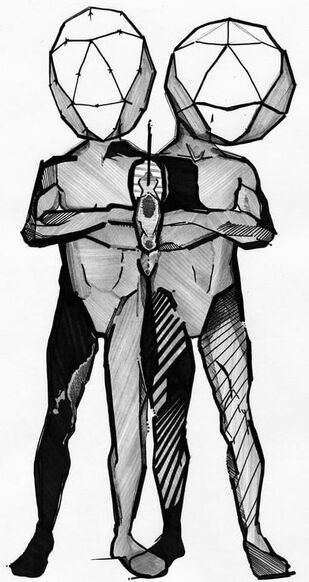 CON CON NEWS
BLACK KIRBY ART EXHIBIT FEATURED AT SEVERAL LOCATIONS
The Black Kirby Art exhibit reimagines iconic Jack Kirby characters and art through the lens of Afrtofuturism.  Kirby is best known for co-creating and creating a pantheon of characters for Marvel, DC, and independent comics including(this is a very minor list for more google Jack Kirby): the Avengers, the Eternals, Captain America, the Hulk, Thor and the Marvel Norse Mythology, Mister Miracle, the New Gods and their arch nemesis Darkseid, Captain Victory, Fantastic Four, the Silver Surfer, Galactus, and of course Black Panther.  Black Kirby founders and artists John Jennings and Stacey Robinson have remixed the imagery of these iconic figures and forms in an Afrofuturistic blender.  The images are amazing and affirming for a reimagining of the future through an adjustment of the past.

The exhibit is to be featured at the Carnegie Library, Nostalgia Ink, the Jackson College Library, and one additional location yet to be determined.  To see the whole exhibit you'll have to trek to all the locations!
Here's a list of featured pieces with some context:

Kirby Tech New - All the Kirby crackle you can take

Defy - The title says it all as the dreadlocked heroine defies gravity!

WILL YOU SEE THEM ALL?  CON CON HOPES SO AND MAYBE YOU WILL HELP SHAPE THE FUTURE!

Most people are familiar with Marvel's Black Panther, and some are aware of its connections to Afrofuturism, a framework to understand how the black imagination manifests visions of freedom. This virtual exhibition will explore how themes such as aesthetics, Black feminism, and community, common to Afrofuturism, shape contemporary Black comics. Beyond the Black Panther gives us a view of stories inspired by African folklore such as Is’nana the Were-Spider, science fiction adventures centered on a black female hero such as Matty’s Rocket, or vital social commentary about police violence such as I am Alfonso Jones.
The exhibit is a five panel display in the library laying out the main themes of Afrofuturism.

For further explorations of Beyond Black Panther virtually visit: Beyond the Black Panther: Visions of Afrofuturism in American Comics – MSU Museum