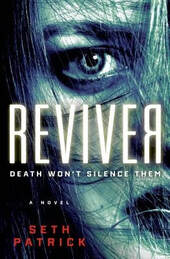 .Blog Post 11 at JDL Reviver - Jonah Miller is a Reviver, able to temporarily revive the dead so they can say goodbye to their loved ones--or tell the police who killed them. Jonah works in a department of forensics created specifically for Revivers, and he's the best in the business. For every high-profile corpse pushing daisies, it's Jonah's job to find justice for them. But while reviving the victim of a brutal murder, he encounters a terrifying presence. Something is on the other side watching. Waiting. His superiors tell him it's only in his mind, a product of stress. Jonah isn't so certain. Then Daniel Harker, the first journalist to bring revival to public attention, is murdered. Jonah finds himself getting dragged into the hunt for answers. Working with Harker's daughter Annabel, he becomes determined to find those responsible and bring them to justice. Soon they uncover long-hidden truths that call into doubt everything Jonah stands for, and reveal a sinister force that threatens us all. Putting the paranormal in the police department, first-time author Seth Patrick blends genre lines with this edgy crime thriller. The first novel in the Reviver trilogy, Reviver is sure to appeal to fans of Dean Koontz and Justin Cronin" 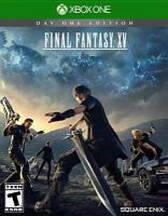 Blog post 10 at JDL Final Fantasy 15 - Final Fantasy installments are generally stand-alone stories or role playing games, each with different settings, plots and main characters, but the franchise is linked by several recurring elements, including game mechanics and recurring character names. Each plot centers on a particular group of heroes who are battling a great evil, but also explores the characters' internal struggles and relationships. Character names are frequently derived from the history, languages, pop culture, and mythologies of cultures worldwide. The mechanics of each game involve similar battle systems and maps.  Many of the characters die in one installment but are alive in future installments. 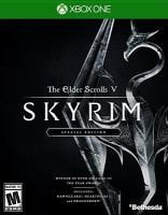 Blog Post 9 at JDL Elder Scrolls Skyrim- In the series' backstory, Wulfharth Ash-King was an ancient King of the Nords who was also believed to be a "Shezarrine", physical manifestations of the spirit of the "dead" creator god, Lorkhan (known as Shezarr to the Imperials and Shor to the Nords. Wulfharth has died and come back to life at least three times, typically serving mankind by killing lots and lots of Elves.
​
Within the series' fictional universe, each game takes place on the continent of Tamriel. The setting combines pre-medieval real-world elements, such as a powerful Roman-like Empire, with high fantasy tropes, including limited technology, widespread magic use, and the existence of many mythological creatures. The continent is split into a number of provinces inhabited by humans and popular humanoid fantasy races such as elves, orcs and anthropomorphic animals. A common theme in the lore is that a chosen hero rises to defeat an incoming threat, usually a malevolent being or an antagonistic army. 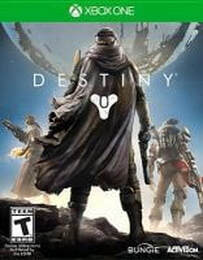 Blog Post 8 at JDL Destiny - Destiny is an online-only multiplayer first-person shooter video game developed by Bungie and previously published by Activision. It was released worldwide on September 9, 2014, for the PlayStation 3, PlayStation 4, Xbox 360, and Xbox One consoles. Destiny marked Bungie's first new console franchise since the Halo series. Set in a "mythic science fiction" world, the game features a multiplayer "shared-world" environment with elements of role-playing games.
​
Players take on the role of a Guardian, protectors of Earth's last safe city as they wield a power called Light to protect the City from different alien races. Guardians are tasked with reviving a celestial being called the Traveler, while journeying to different planets to investigate and destroy the alien threats before humanity is completely wiped out. 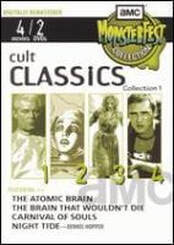 Blog Post 7 at JDL The Brain That Wouldn't Die - Dr. Bill Cortner saves a patient who had been pronounced dead, but the senior surgeon, Cortner's father, condemns his son's unorthodox methods and transplant theories.

Cortner and his fiancée Jan Compton get into in a car accident that decapitates her. Cortner recovers her severed head and rushes to his country house basement laboratory. Cortner decides to commit murder to obtain a body for Jan. He hunts for a suitable specimen at a burlesque nightclub, on the streets, and at a beauty contest. Jan begins communicating telepathically with a hideous mutant, an experiment gone wrong, locked in a laboratory cell.

When Cortner goes to quiet the monster, it grabs Cortner through the hatch and breaks the door from its hinges. Their struggles set the laboratory ablaze. The monster, a seven-foot giant with a horribly deformed head, bites a chunk from Cortner's neck, and Cortner dies.

Blog Post 6 at JDL Robocop - ​The year is 2028 and multinational conglomerate OmniCorp is at the center of robot technology. When Alex Murphy, a loving husband, father, and good cop, is critically injured in the line of duty, OmniCorp sees their chance for a part-man, part-robot police officer. OmniCorp envisions a RoboCop in every city and even more billions for their shareholders, but they never counted on one thing. There is still a man inside the machine, pursuing justice. 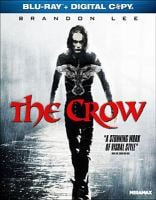 Blog Post 5 at JDL The Crow-​Featuring Brandon Lee in his final, tragic performance, The Crow is the tale of young musician Eric Draven who, along with his fiancee, is murdered on the eve of their Halloween wedding. Exactly one year after their deaths, Eric is risen from the grave by a mysterious crow to seek out his killers and force them to answer for their crimes.

Blog post 4 at JDL - ​Re-Animator (also known as H. P. Lovecraft's Re-Animator) is a 1985 American comedy horror film loosely based on the 1922 H. P. Lovecraft serial novelette "Herbert West–Reanimator". Directed by Stuart Gordon and produced by Brian Yuzna, the film stars Jeffrey Combs as Herbert West, a medical student who has invented a reagent which can re-animate deceased bodies. He and his classmate Dan Cain (Bruce Abbott) begin to test the serum on dead human bodies, and conflict with Dr. Carl Hill (David Gale), who is infatuated with Cain's fiancée (Barbara Crampton) and wants to claim the invention as his own.
BLOG 3 #1-Con Con Reanimation Media available at JDL- All movies are available at the Jackson District Library.  Please visit their website (www.myjdl.com) to place the movie/video game on hold and pick it up at your local branch.  Many are also available online through JDL on the Hoopla and Kanopy app.  If you have questions, please call (517) 788-4087.  Blogs 3 through six detail your options!
BLOG 2
October 2020
Reanimation
By: Steven Albee-Scott, PhD

“It’s alive!” and the psychic ablutions derived from that iteration have ingrained themselves in the human mythos occupying a landscape both lush and barren with recriminations of what it means to be alive; or, put plainly, what is life? The concept of animus and reanimation begins with the Latin word animatus meaning ‘give breath to’, which is also derived from the word anima or life. It is the root of animal. Reanimation once seen as a ‘what if’ scenario continues to move closer to a reality.

There are a number of examples in biological systems that show changes to the brain chemistry of the animals that direct them to do something unfavorable to their survival. Scientists have observed ants with fungus in their brains, mice with parasites in their hippocampus, and humans with parasites in their brains. We know what happens to ant and mouse behavior when their thoughts are overridden by another organism, but we don’t really know what happens to humans when they have the parasite in their brains. It should give us pause because there should be a change in the people who carry this parasite. Up to eighty percent of populations in Europe may carry this parasite in their brain. There is evidence infected males show a disregard for rule following and have a suspicious air for authority, and women show more warmth and higher levels of morality than uninfected individuals.

People have taken this idea of reanimation and interpreted it in their own way throughout history. Rene Descartes's daughter Francine died of scarlet fever at the age of five. In response to the grief of losing his daughter at such a young age, he created a simulacron of her which even included movement to add an element of realism. He took this doll with him when he traveled and “she” slept in a casket next to him at night. The cultural significance of this behavior is lost in time, but I imagine even people from sixteenth century Europe thought it a little odd.

Mary Shelly’s work Frankenstein spoke to the culture of the time where death was viewed as a suspended animation. It was believed if someone was aware of the correct process for reanimation they could bring an individual out of suspended animation using electricity to shock the muscles to make them jump or reanimate.

​
Blog 1   2018
Welcome to the Year of the Multiverse!
Whether it's Back To The Future, Man in the High Castle, Star Trek Mirror Mirror, Crisis on Infinite Earths, or Alice in Wonderland, the Multiverse is everywhere in our popular culture. This year Con Con tackles the multiverse.  Is it possible that there are alternative universes?  How does that work?  According to physicists it is just the difference of atoms going this way or that to form the matter of this universe.  IN the way matter moves the possibilities become endless.
​To help us explore these ideas Con Con welcomes sci fi comic writer John Ostrander who is famed for his character Grimjack who resides in Cynosure- a city that is a nexus for different dimensions and timelines and is the home of Munden's bar where denizens of multiple universes meet.  Con Con will also have a physicist explain the concepts of the multiverse and how it happens.  Visiting will also be the Science Theatre Troupe from MSU who will explain various concepts through skits and wandering theatre.
The Jackson District Library will illuminate ideas at their table!
A new local film will debut about the multiverse will premiere at Con Con as well.
Come visit us October 19 at Jackson College and enjoy Con Con
Jon Hart- Con Con coordinator